My frugal girlfriend never stops amazing me with the ideas that she has to save money in her everyday life.

She is tireless in her pursuit of saving a dollar, and reuses, recycles, and repurposes whatever she can.

She also does a lot of practical things to save money that just require a little extra effort, so I’ve got to respect her dedication.

I’ve been joking with her lately that I was going to post a list of all of the crazy things she does, and I finally got around to doing it today.

Check out this list to learn a few of my frugal girlfriend’s money-saving activities.

Recently I’ve been noticing that we’ve had the torn-up boxes from her fabric softener sitting on top of the toilet.

Honestly, I don’t question some of the things that she does, so I really didn’t pay too much attention to it, and I figured that she was just saving a coupon or reading about something on the box.

Then we were in the bathroom together, so I asked her about what the boxes were doing, and she said that she uses them as an air freshener, since the boxes retain the smell of the fabric softener sheets after they’re gone.

She then took the piece of box and waved it back and forth like a fan a few times, which released a pleasant floral scent across the bathroom, just as if she had sprayed aerosol from a can.

Pretty brilliant idea to save a little money, and it helps the environment, for both earth and our bathroom.

It takes a lot of effort to save money sometimes, and I realized this when I saw my girlfriend washing plastic ziplock bags for the first time.

I mean, I know other people reuse ziplock bags, but she was actually washing bags that had been used to store saucy foods, not just dry cookies or sandwiches.

We actually had a discussion about this one, and she agreed to stop reusing ziplock bags that have been used to marinate raw meat, because I just don’t see how it can be possible to completely sanitize a plastic bag after raw chicken, especially with those sharp corners and edges to collect particles.

However, she still washes and reuses plastic zip bags as much as possible until they practically fall apart, so I give her credit for that, because most people use them for the convenience of being able to throw them away.

She also repurposes other plastic bags, like bread bags for instance, and she washes aluminum foil to reuse as well.

My girlfriend drives a 1996 Honda Civic that she loves and couldn’t imagine getting a newer car.

This car has no power steering, and it’s a manual stick shift, so you can imagine that it’s not the easiest car to drive.

However, it gets good gas mileage, it’s reliable, and it will probably run for another 100,000 miles on top of what it already has, so she’s going to ride it out until the end.

4. Use Minimal Amounts of Everything

My girlfriend is a firm believer that less is more, especially when it comes to household and personal products.

You know those toothpaste commercials where they squeeze a long glob of gel along the full head of a toothbrush?

Well, it turns out that you don’t need that much toothpaste, and just a little dab will do.

She uses the minimal essential amount of soap to wash her hands, the least amount of detergent to do her laundry, and less of everything else she uses as well.

I’ve learned a lot from her in this regard and have definitely cut back on my usage of everyday items.

Most people use plastic deodorant sticks until you reach the end and turning the knob no longer causes more deodorant to become usable.

My girlfriend, on the other hand, then disassembles the mechanism that pushes the deodorant out, so that she can access the deodorant that gets stuck inside the plastic pieces.

Depending on the type of stick, there could still be a couple of days of use left in there, so she’s not willing to throw that out.

These are just a few of the little things that my frugal girlfriend does to save money, but I could go on all day and will continue to post some of her ideas in the future.

Please feel free to share some of your frugal habits or things that your loved ones do to save extra cash. 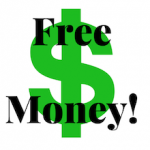